“En Diálogo” with Cheech Marin & Carlos Santana, a fundraiser for The Cheech 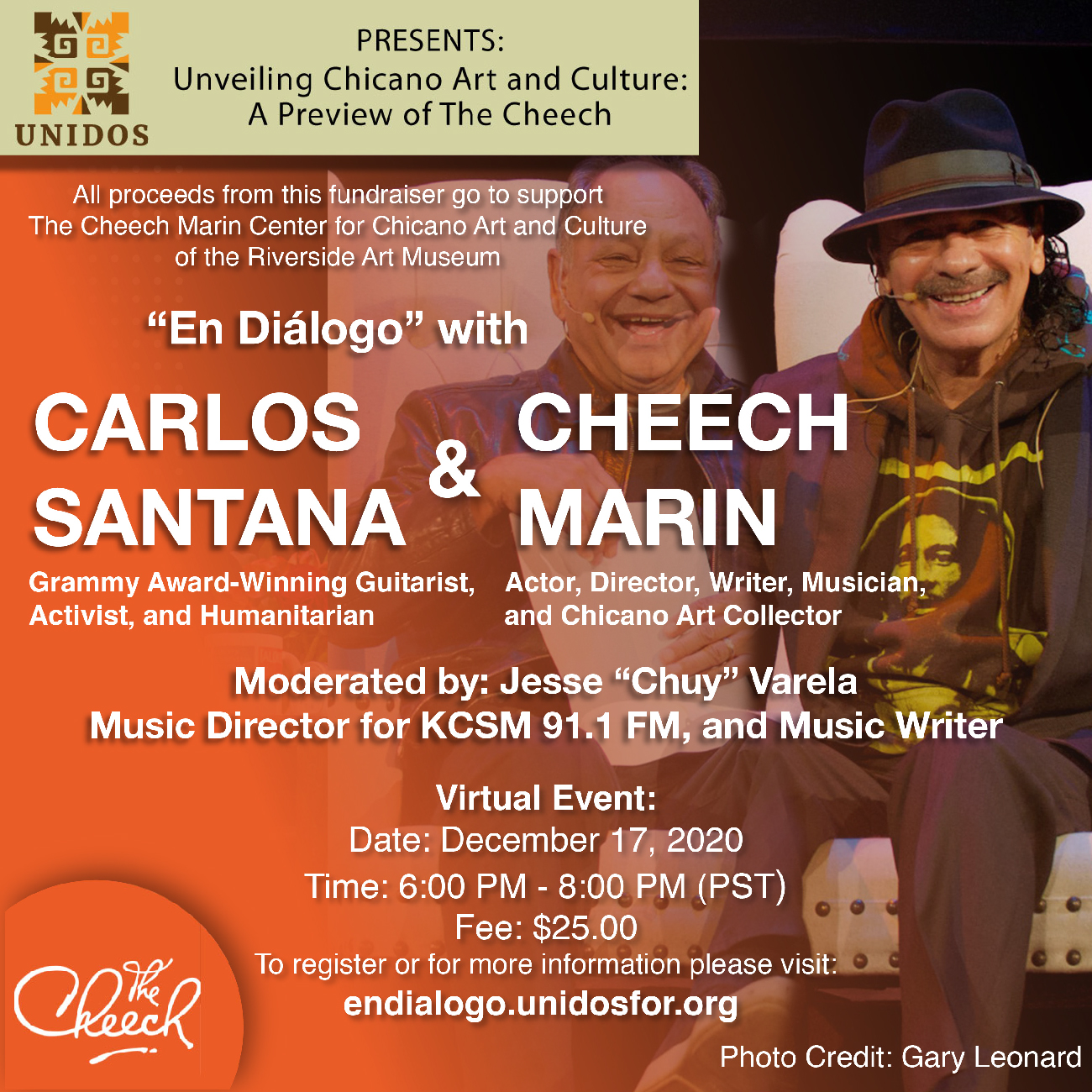 We are pleased to announce Cheech Marin and Carlos Santana in conversation for our next En Diálogo Zoom on Thursday, December 17, 2020, 6 p.m.–8 p.m. Tickets are $25. All funds raised will benefit The Cheech. 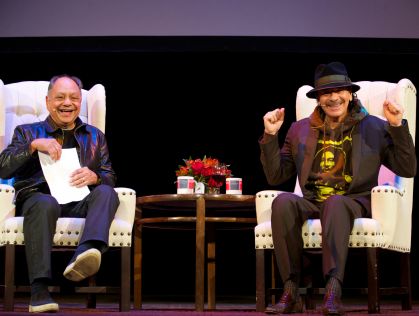 Delivered with a level of passion and soul equal to the legendary sonic charge of his guitar, the sound of Carlos Santana is one of the world’s best-known musical signatures. For more than four decades-from Santana’s earliest days as a groundbreaking Afro-Latin-blues-rock fusion outfit in San Francisco-Carlos has been the visionary force behind artistry that transcends musical genres and generational, cultural and geographical boundaries.

Long before the category now known as “world music” was named, Santana’s ever-evolving sound was always ahead of its time in its universal appeal, and today registers as ideally in sync with the 21st century’s pan-cultural landscape. And, with a dedication to humanitarian outreach and social activism that parallels his lifelong relationship with music, Carlos Santana is as much an exemplary world citizen as a global music icon.

To date, Santana has won 10 GRAMMY® Awards, including a record-tying nine for a single project, 1999’s Supernatural (including Album of the Year and Record of the Year for “Smooth”) as well as three Latin GRAMMY’s. In 1998, the group was ushered into the Rock and Roll Hall of Fame, whose website notes, “Guitarist Carlos Santana is one of rock’s true virtuosos and guiding lights.”

Among many other honors, Carlos Santana received Billboard Latin Music Awards’ 2009 Lifetime Achievement honor, and, he was bestowed Billboard’s Century Award in 1996. On December 8, 2013 he was the recipient of the 2013 Kennedy Center Honors Award. Rolling Stone has also named him #15 on the magazine’s list of the “100 Greatest Guitarists of All Time” noting that “Santana’s crystalline tone and clean arcing sustain make him the rare instrumentalist who can be identified in just one note.” And, with the 2014 release of Corazón, Santana surpassed the Rolling Stones and is one of only two music acts in Billboard history to score at least one Top Ten album for six consecutive decades from the 1960s on.

Carlos executive produced the Peter Bratt-directed documentary film DOLORES, about the life and work of Dolores Huerta, who is among the most important, yet least known, activists in American history. An equal partner in co-founding the first farm workers unions with Cesar Chavez, her enormous contributions have gone largely unrecognized. Dolores tirelessly led the fight for racial and labor justice alongside Chavez, becoming one of the most defiant feminists of the twentieth century-and she continues the fight to this day, at 87. With intimate and unprecedented access to this intensely private mother to eleven, the film reveals the raw, personal stakes involved in committing one’s life to social change.

The arc of Santana’s performing and recording career is complemented by a lifelong devotion to social activism and humanitarian causes. The Milagro Foundation, originally established by Carlos Santana and his family in 1998, has granted more than seven million dollars to non-profit programs supporting underserved children and youth in the areas of arts, education and health. Milagro means “miracle,” and the image of children as divine miracles of light and hope-gifts to our lives-is the inspiration behind its name. 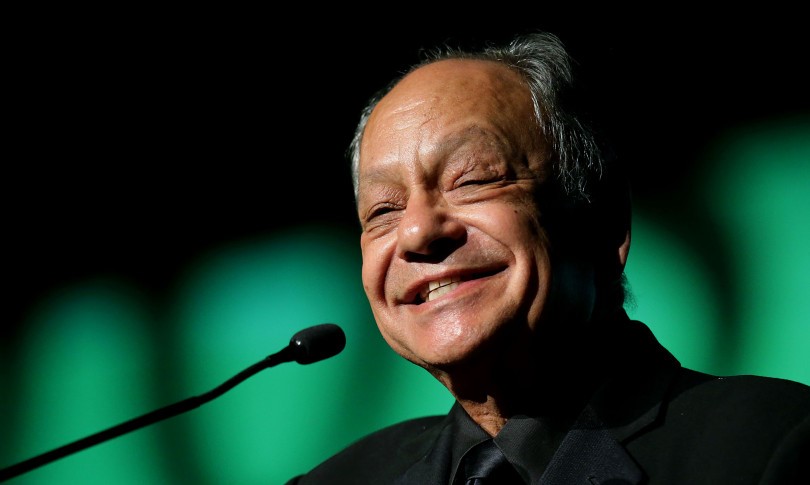 Best known as one half of the hilariously irreverent, satirical, counter-culture, no-holds-barred duo Cheech and Chong (now on tour), Cheech Marin is a paradox in the world of entertainment. Cheech is an actor, director, writer, musician, art collector, and humanitarian, a man who has enough talent, humor, and intelligence to do just about anything. He is truly a multi-generational star. To this day, Cheech and Chong films remain the number one weekend video rentals, and Cheech is widely acknowledged as a cultural icon. Cheech’s long-awaited memoir entitled Cheech is Not My Real Name…But Don’t Call Me Chong! was released in 2017.

Cheech (real name Richard) Marin was born in South Central Los Angeles and met Tommy Chong in Vancouver, British Columbia as a political refugee. The duo moved back to Los Angeles and proved to be “entertainment gold.” Six of their albums went gold, four were nominated for Grammys, and Los Cochinos won the 1973 Grammy for Best Comedy Recording. The critically acclaimed duo made a fluid transition to films, starring in eight features together.

During his split with Chong, Cheech wrote, directed, and starred in the comedy Born In East L.A. He appeared in over 20 films, including his scene-stealing role in Tin Cup. On television, Cheech was a sitcom regular before joining Don Johnson on the highly successful CBS drama Nash Bridges (1996-2001). He later had a recurring role on the hit NBC show, Lost, and in recent years, he guest-starred on Rob and Jane the Virgin. Through his popular Disney Pixar animation film roles (Oliver & Company, The Lion King, Cars, and more) and as an author of children’s books such as Cheech the School Bus Driver, Cheech is also a favorite with kids and parents around the world.

Cheech is recognized today as a preeminent Chicano art advocate. In the mid-1980s, he began developing what is now arguably the finest private collection of Chicano art. Much of it formed the core of his inaugural exhibition Chicano Visions: American Painters on the Verge, which broke attendance records during its groundbreaking 15‐city tour during 2001‐2007 to major art museums across the United States. He states, “Chicano art is American art. My goal is to bring the term ‘Chicano’ to the forefront of the art world.”

Furthering his goal to introduce Chicano art to a wider audience, Marin has entered a partnership with the City of Riverside and Riverside Art Museum to create The Marin Center for Chicano Art, Culture, and Industry. Slated to open in 2021, The Cheech will become the permanent home for his more than 700 works of Chicano art, including paintings, sculptures, and photography; collectively, the most renowned Chicano art collection in the United States. 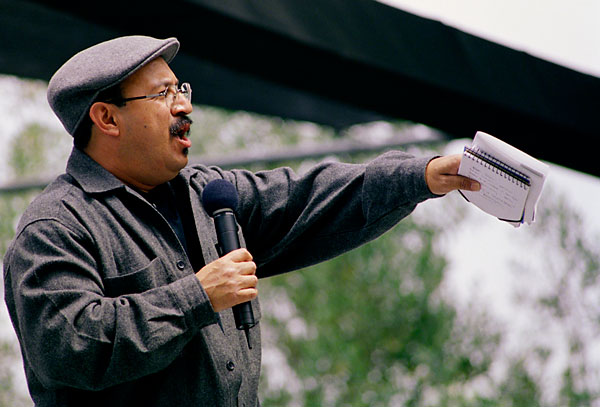 From an early age, Chuy was fascinated by music, playing the guitar in Mexican bands and in the army. He attended Cal State Hayward where he majored in music. But after realizing that music would probably not be a lucrative career, he switched to mass communications where he studied print, television, and radio.

In 1980, Chuy started volunteering at KBBF in Santa Rosa, the first bilingual radio station in the country. From there, he went on to KPFA, first as a volunteer, then as Director of the Public Affairs Dept., and finally as Music Director in the mid-90’s. At KPFA he produced news-oriented public affairs programming and was awarded a Minority Training Grant by the Corporation for Public Broadcasting to study at the Center for Investigative Report in San Francisco and began contributing as a freelance reporter to National Public Radio, Pacifica Network News, and Radio Bilingue.

While at KPFA, he was simultaneously working at KJAZ radio, the pioneer jazz radio station, first as an intern, then as a production assistant and recording engineer, working with Bob Parlocha on ‘On The Scene’, and with Bud Spangler on ‘The Turk Murphy Show’ and ‘Sunday Night Suites’. In 1984 he began hosting ‘The Latin Jazz Show’.

When KJAZ went off the air in 1996 Chuy accepted a Sunday afternoon position at KCSM and introduced Bay Area listeners to The Latin Jazz Show. Since then, he has attracted a large and loyal audience who have come to depend on his expertise and sunny disposition. In 2000, he became KCSM’s Music Director and began co-hosting Jazz in the Afternoon.

In addition to his shows, Chuy is also a freelance music writer who has contributed liner notes to many albums and reviews to various newspapers and periodicals, including the San Francisco Chronicle, SF Bay Guardian, The SF Weekly, Eastbay Express, Latin Beat Magazine, NY Latino, Jazz Times, among others.

In his 40 years in public radio, Varela has received numerous awards for his programming and has taught courses on Latin Jazz at Stanford University, lectured for Cal Performances at UC Berkeley for the last 10 years, and served as master of ceremonies to countless cultural events. Currently he is working with folklorist, Chris Strachwitz on a book on Mexican folk ballads (corridos) titled, Canciones De La Raza.

This is part of a series of conversations organized by Unidos. Unidos is a collective of many local and community focused organizations and engaged individuals, together serving the diverse spectrum of the Chicano Latino community in Riverside. Unidos was formed to work together on initiatives that serve us all beyond the valued niche mission of each group.